For those people who don’t know about our mentor Roberto ‘Swede’ Mastrangeli, here is an Extract taken from an article of ‘Traditional Karate’ magazine back in January 1995.

“Saturday 12th November 1994 was a very sad day for Karate when Rob passed away on his 38th birthday.” 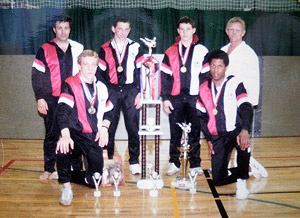 He’ll be sadly missed not only by the Welsh but by the whole of the country. Although he retired from competition fighting 5 years ago, he took a very active role within his association.   Every student who benefited from his excellent coaching abilities, his enthusiasm for the sport he loved so much will all remember his dedication, his loyalty and the respect he gained from all who knew him.

He won many accolades in his karate lifetime.   He won many honours including Welsh, British and European titles and trophies.   He reached the pinnacle in his final competition fight at the Grand Prix in London when he finished up as the individual champion.

Along with Andy Morgan (4th Dan), Cedric Wellington (2nd Dan), David Afan-Jones (2nd Dan) and Alan Jones (2nd Dan), Rob’s team-mates in his fighting heyday, they filled a showcase full of team medals and trophies.   He’ll be sadly missed by each and every one of them. 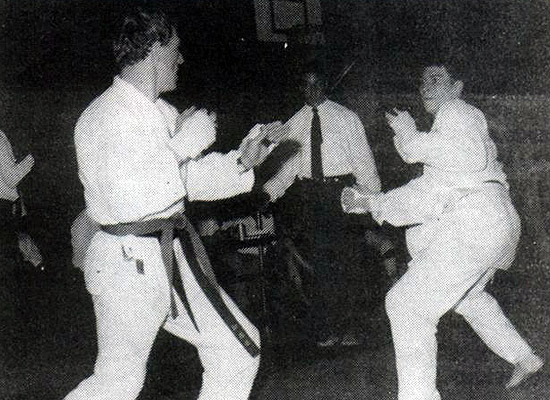 Rob discovered he had cancer just over 2 years ago and underwent an eight and a half hour operation.   But like a true Karateka surprised everyone including his doctors when he resumed training.   He fought the illness as hard as he fought in every competition and never gave up. His courage was amazing, an inspiration.”

He was and always will be remembered for his courage, amazing talent and for what he taught us, and we treasure the friendship we once shared with him.   He changed our lives.   His ‘spirit’ will always be with us.